Wikipedia describes its origins this way:

The Scriblerus Club was an informal association of authors, based in London, that came together in the early 18th century. They were prominent figures in the Augustan Age of English letters. The nucleus of the club included the satirists Jonathan Swift and Alexander Pope. Other members were John Gay, John Arbuthnot, Henry St. John and Thomas Parnell.

The group was founded in 1714 and lasted until the death of the founders, finally ending in 1745 … Working collaboratively, the group created the persona of Martinus Scriblerus, through whose writings they accomplished their satirical aims.

The club began as an effort to satirize the abuses of learning wherever they might be found, which led to The Memoirs of Martinus Scriblerus.

The paragraphs below, written by Frank Davis, could well be our mission statement:

… which has me wondering what it is I like in blogs. And I think that one thing that I like in a blog is someone with a distinct personality and history. The more I know about a blogger, the more they become real people. Like Leg-iron with his miniature railways, and Dick Puddlecote with his trucking business.

I think that to the extent they’re real people, who are saying what they think (rather than what they think they ought to think), such bloggers are more influential than paid columnists in newspapers – a bit like the comments under a blog are also frequently more real and informative than the blog itself.

That perhaps sums it up better than any other. Frank, our man of letters, adds:

Scriblerus is maybe akin to a celestial constellation like Orion. It’s a small patch of the sky with links between the stars, some of which might be quite bright, others less, but which form a pattern or shape. Or something along those lines… The constellation actually pre-existed before its name.

We thought an informal association of established authors sounded about right for this day and age. Membership criteria are laid out under Membership.

1. AK Haart [Jul 27 '15] We hear things retrospectively when we have understood them – Marcel Proust

6. Mark Wadsworth [Jul 30 '15] All you need to know about LVT and dangerous bovines

7. Pub Curmudgeon [Jul 30 '15] A jaundiced view of life from the darkest recess of the saloon bar

12. Grandad [Aug 5 '15] Reputed to be Ireland's most cantankerous Auld Fella

14. Churchmouse [Aug 6 '15] Ringing the bells for Christian traditions and getting our story out there.; if we don’t, who will?

19. The Foggy Mirror [Mar 02 '21] Grand Wizard Of The Temple Of The Rapidly Receding Light Of Normality

20 Scroblene... [Mar 07 '21] Lots of mentions for good chums and family, comment on politicians' failure, more fun than seriousness and tinctures for all... 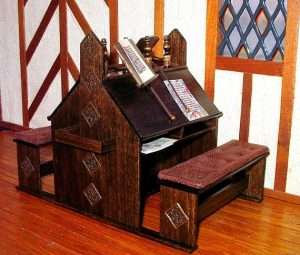